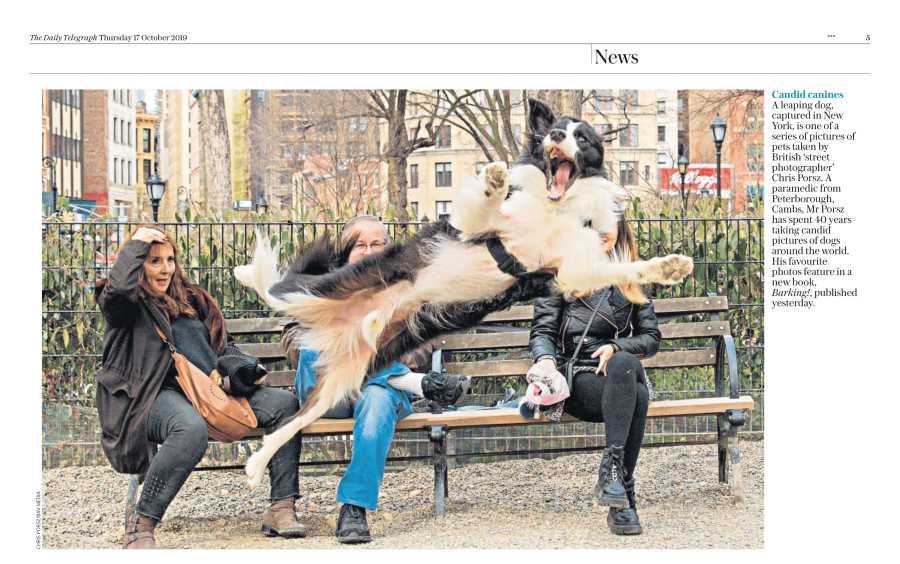 An amateur photographer has spent more than 40 years walking the globe snapping candid pictures of pooches and now published a book featuring his favourite puppy portraits.

Paramedic Chris Porsz started taking photos of dogs in 1978 and has since walked hundreds of miles around cities across the world taking quirky pictures of pups. The 66-year-old has spent hours snapping pooches in parks, trains, dog shows and beaches and now published a book, Barking! with more than 200 images of them playing, prancing and even peeing.

He has trekked across Britain, visiting cities such as Brighton, Blackpool and Bristol, as well as flown to more far-flung destination including New York, Paris and Budapest, to show how much dogs are loved all around the world. His unique photos show how dogs really are man’s best friend, with pictures of them being doted on, carried in handbags and even dressed up in cute outfits.

“This book is my quirky take on our best friends and the great thing about taking their pictures is, unlike people, they never complain,” said Chris. “I wanted to show dogs from all angles, warts and all, so I’ve tried to take pictures of them barking, growling, playing and even pooing. I would often walk and stalk for miles and then get down to their level with a wide-angle lens, set to a fast shutter speed, fire away and hope. Sometimes I have got too close to snarling dogs, unhappy owners or to a Yorkie that cocked its leg over me and my camera. Most of my pictures are candid, but I often find some of the best are when a dog sees me and reacts. I look for eye contact and sometimes even do a little bark or woof to encourage them.”

Chris first caught the photography bug after buying a camera when his first child Simon was born in 1978. He began walking the streets of his hometown of Peterborough, Cambridgeshire, for inspiration and quickly developed a passion for street photography. He later decided to hone his craft by visiting other cities and often found himself taking pictures of dogs.

He said: “In the early eighties I looked for characters who stood out from the crowd, such as the teds and punks and, by chance, a few dogs. One surreal man-dog image taken by the photographer Elliot Erwitt in New York depicting a bulldog sat on its owner’s knee, inspired me to start looking for more funny dogs and my collection of pictures soon grew. I frequently cut off the owners to give the dogs centre-stage. To be honest the dogs are often more interesting characters. But sometimes I’ll keep the owner in, to show the intimate relationship with their best friends.”

Over the last four decades Chris has spent many weekends and days off from his job as a paramedic at the East of England Ambulance Service travelling around the country photographing pooches. He has a number of favourite images in the book, including the front cover, which shows a dog leaping in front of the camera in Union Square, New York. 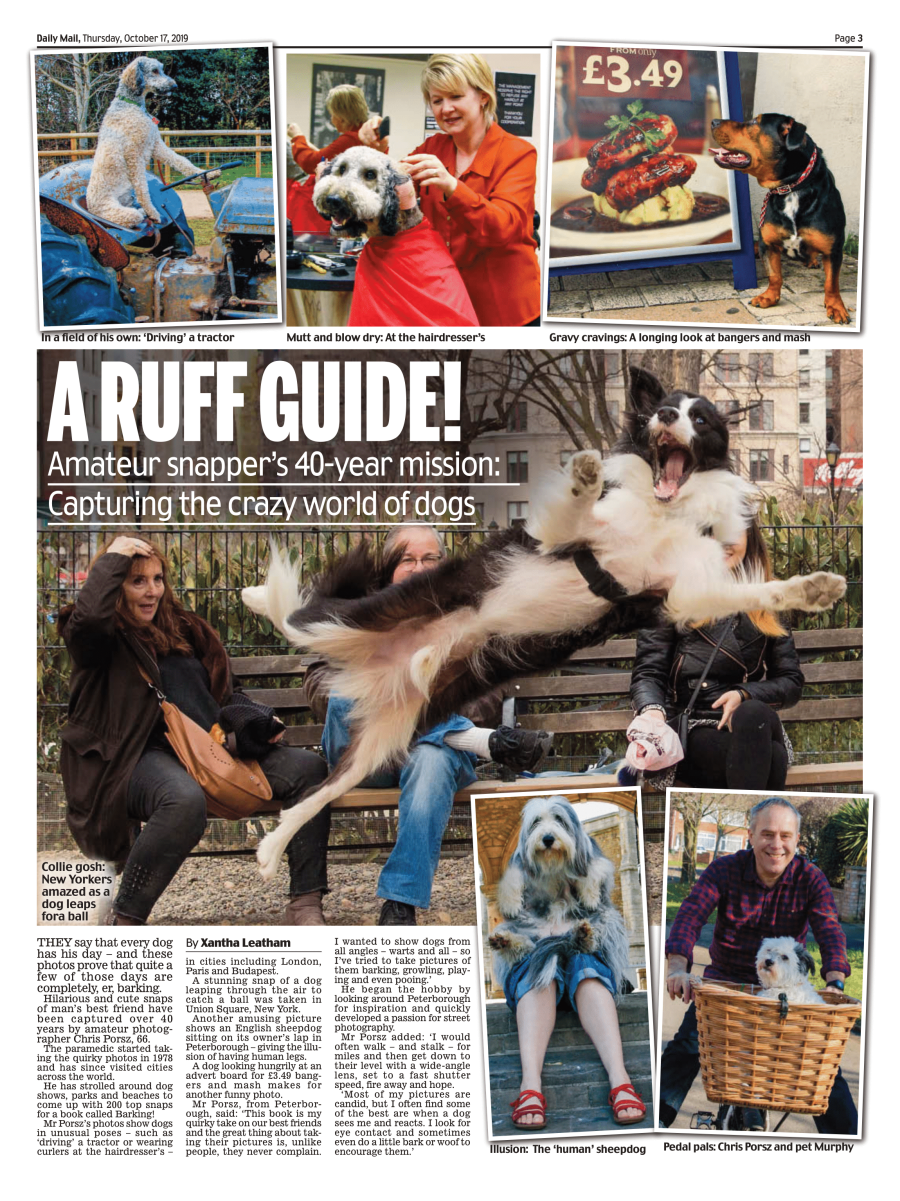 He said: “I love the front cover because it is so dramatic. It’s interesting as it’s a picture I was originally not going to take as it was just a dog catching a ball and seemed a bit boring. The dog had been facing its owner as she threw the ball to him but he suddenly flipped over to face me. Luckily I instinctively raised my camera and snapped him just at the right moment.”

Another favourite is a photo of a dog peeing on a funny blackboard sign in Brighton which states, “Whoever said diamonds are a girl’s best friend never owned a dog.” He added: “I spotted the sign and waited for an hour to see if anyone would walk by with a dog. I couldn’t believe it when a dog walked past and peed on it, the picture was better than I could have imagined.”