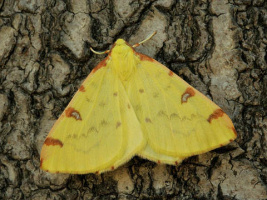 Families are being urged to help save Britain’s moths and bats from decline by spotting these nocturnal creatures in their back gardens.

There are 2,500 different types of moth in this country but since the 1970s numbers have fallen by a third in the UK and nearly half in the South of England.

A massive 70 species of moths have become extinct over the last 100 years and this has also had a catastrophic effect on the wildlife that feed on them, such as bats. The 17 species of bats in Britain are all protected by law because their numbers have decreased so dramatically.

Now as part of National Moth Night tomorrow (sat) conservations are urging the public to look for these nocturnal creatures in their back gardens and report back.

They plan to use the data collected from across the country to build a clearer picture of how moths and bats are faring.

"We want to draw attention to moths and bats and encourage people to look for them and record their findings on our website," said Richard Fox, surveys manager at UK charity Butterfly Conservation.

"Without moths, the whole of biodiversity starts to unravel. We need to learn as much as we can about which moths are facing the biggest problems so we can direct our work into protecting them and their habitats.

"Britain has a huge wealth of moths and they are in everyone’s back yards but people don’t generally notice them as they come out at night."

As predator and prey, bats and moths are locked into a fascinating evolutionary ‘arms race’.

Some moths have evolved ‘ears’ to detect hunting bats and employ aerobatic evasive manoeuvres to avoid being caught.

The tiger moths even make noises to deter or confuse bats, but bats are amazing hunters and many are highly sophisticated predators of moths. 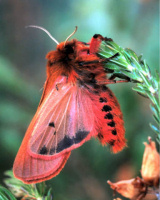 Sadly moths are declining due to loss of habitat, changes in woodlands which have now become more shady and climate change, leaving bats short of food.

"Being largely nocturnal creatures, moths and bats are less commonly seen than much of our native wildlife," said Mark Tunmore, editor of Atropos, the British journal for butterfly and moth enthusiasts.

"Consequently there is potential for interesting discoveries to be made on National Moth Night.

"Only recently a new type of bat was discovered in Britain and we are learning more about moths every year as species distributions change and new colonists move in."

National Moth Night has taken place annually since 1999 and this year it is being run by Butterfly Conservation, Atropos and the Bat Conservation Trust.

Experts hope to beat last year’s 20,000 records sent in by the public.

"Moths are a big part of our wildlife but are much misunderstood," added Richard.

"There are actually 40 times more moths than butterflies, but people often think of them as boring and butterflies as colourful and beautiful.

"In fact there are lots of really stunning moths which are very colourful and lots of our most common butterflies are brown."