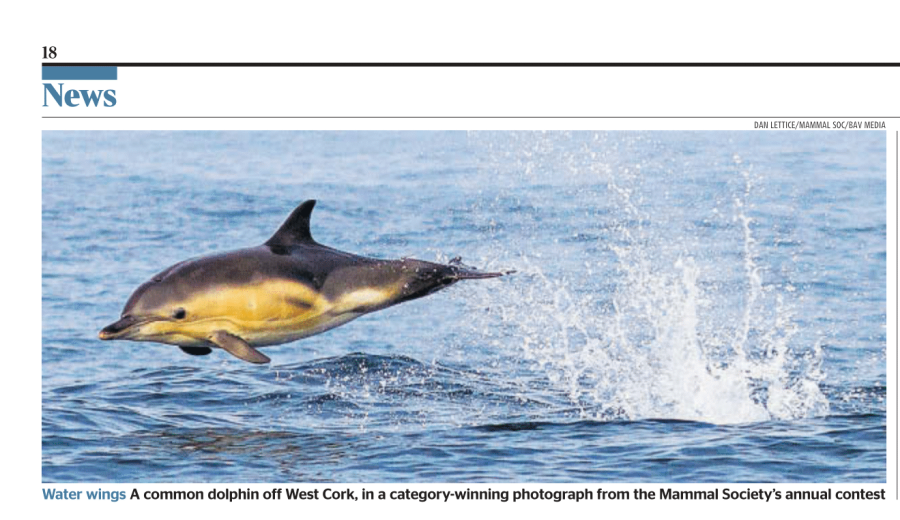 An incredible picture of a fox foraging for food on a car bonnet has scooped the top prize in the Mammal Society’s annual photography contest.

Roger Cox, from East London, also won the Mammal Society Member’s Award, for his photo of a fox looking for wild cherries that had fallen onto the parked car. “This animal often foraged for the wild cherries that fell from the trees and landed in the wells between the bonnets and windscreens of parked cars,” said Roger. “It was also used to getting food from people who threw food out of their car windows at night during the early hours. I took this picture when it jumped up on my car to investigate if there was anything of interest for it, as I'd seen it do several times before. Shooting photographs through the windscreen of the car is tricky given the angle of the glass but with a fox so close it helps keep the viewer focused on this encounter.” 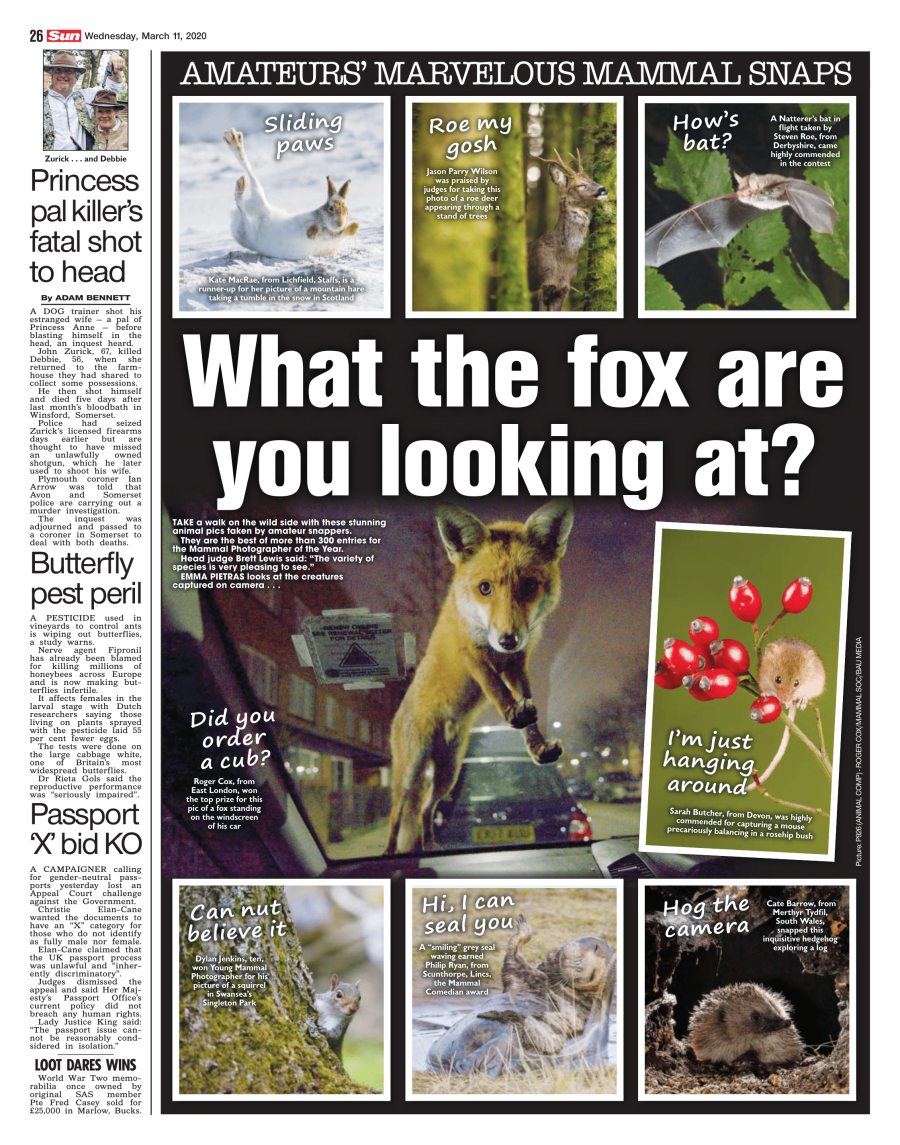 Head Judge, ecologist and professional photographer Brett Lewis said Roger had made a “bold choice” and the win was “deserved.” He added: “Sometimes photographs like these get overlooked when we return home and look through them on the big screen and many never make it as far as competition entries but Roger made a bold choice and the rewards are deserved.”

A stunning photo of a mountain hare rolling in the snow helped Kate MacRae scoop the runner-up prize in the competition. Kate, who took the picture in Scotland, said: “The hare ran across the deep snow in front of me, paused and, as I took a shot, it rolled. They often use the snow in this way, to clean the coat and help keep it in tip-top condition, essential in these harsh conditions!”

Broadcaster and Mammal Society patron, Zeb Soanes, who was on the judging panel, said the picture had “Everything: photographic skill, terrific composition and a sense of drama and character in its subject.”

This year’s competition saw the introduction of a new category, Elusive Mammal, which was created to highlight photographs depicting mammals which aren’t often spotted, or which may not have been photographed very successfully in the past. Dan Lettice came top in the section for his photo of a Breaching Common Dolphin leaping out of the water off the coast of West Cork in Ireland. He said “I've seen common dolphins in pods of anywhere from a handful up to hundreds of animals. The joy of a leaping Common Dolphin is something to behold. They always find time to interact with the boat.”

A cute picture of a Grey Squirrel peeking out from behind a tree saw 10-year-old Dylan Jenkins get the top prize in the Young Mammal Photographer of the Year category. He took the photograph in Singleton Park in Swansea using his mum’s camera and tripod. Competition judge Zeb Soanes said: “Dylan’s image sharply captures its subject and its character, at once curious and anxious and that tension between both states makes it a captivating picture.”

Alex White, from Oxfordshire, won the Young Mammal Photographer of the Year aged 15-18, with his photo Summer Meadow Deer, which shows the deer peering through the long grass.

Head judge Brett Lewis said he was extremely impressed with the quality of the 300 entries submitted for this year’s competition, “The standard of the competition entries seems to increase with each passing year and the variety of species captured by the UK’s photographers is very pleasing to see,” he said. “Many of the images represent the animals in their environment with some facing very harsh conditions, which the photographers have also endured to capture some great photos. Entries were varied and include small mammals in the captive environment to larger mammals found in our seas and oceans, as well as species that were encountered during vital research projects together with those trying to eke out a living alongside our busy lives.”